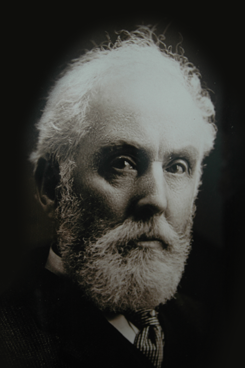 For over one hundred years Evans Lumber has served the community of Sudbury. From its inception in 1896, Thomas and W. Arthur Evans held a strong belief that Sudbury would become a prosperous town and they intended to help Sudbury grow. There were other building suppliers in Sudbury when Evans Lumber first entered the market, but no others stood the test of time. Nor could any match the incomparable quality or the high standard of customer service practiced by the Evans family and its employees.

Thomas Evans arrived in Sudbury in 1886, when he began working as a mason for the Canadian Copper Company. His family remained in Trenton initially due to the lack of established educational institutions for his young children in Sudbury. The rest of the family joined him in 1901.

Thomas’ son, William Arthur arrived in 1889 and quickly became involved in what would become the family business. In 1896, Thomas’ contract with the Canadian Copper Company ended and he was left with a significant amount of surplus building material. Thomas established a partnership with his son, Thomas Evans and Son, to sell off the excess stock. The endeavor was so successful that the pair decided to remain in Sudbury.

Father and son determined that all types of quality building material would be in demand for the growing community so they committed themselves wholeheartedly into developing a business that would serve the needs of Sudbury’s builders.

A new store was built at the east end of Cedar St. in 1899, followed by a new mill and store on Xavier St. a year later. The new store was reorganized so as to supply Sudbury builders in a very efficient manner. The store became one of the first in Canada to assemble all varieties of building supplies under one roof.

During this time, the Evans family became involved with many charitable and social causes that would lead to the improvement of the growing community. W. Arthur Evans was President of the board of Trade, appointed to the Ontario Parole Board and elected to the Public School Board.

In 1901, W. Arthur became president of the family business and reorganized it under the name The Sudbury Building Supply Company. The company grew and prospered, and in 1906 it was renamed The Evans Company, Limited. The company’s slogan “Everything for Builders” was copyrighted and quickly became the hallmark that testified the company’s commitment to Sudburians.

A fire in 1908 resulted in the construction of new sheds, mills, and offices on Pine St. In 1931, W. Arthur passed away and the presidency of the company was taken up by his brother-in-law, Delmer Andress. Subsequently, the company was renamed The Evans Lumber Company, Limited.

In 1954, W. Arthur’s son-in-law, H.M. Claridge became president and the company moved in to the wholesale distribution field and developed several small building material outlets throughout the North. The company began prefabricating housing walls and roof trusses in the 1960s.

Another son-in-law assumed the presidency in 1961, Ambrose Mantle. During his tenure, competition in the Sudbury region became more aggressive and the company had to make several adjustments to remain competitive. The company joined the Allont (Buildall) buying group in 1963, allowing for a guaranteed supply source and lower purchasing prices based on volume.

In 1974, Ted Evans, the husband of Thomas Evans’ great-granddaughter Marguerite, became president. Through nearly 50 years with the company, he navigated the business through periods of both heavy growth and difficult economic conditions. Following the demise of the Allont buying group in the 1980s, he spearheaded the store’s membership as a member of the Homecare buying group. Ted Evans kept up the tradition of becoming involved with community organizations and served as President of the Sudbury and District Chamber of Commerce, the Sudbury Rotary Club, the CAA and the Lumber and Building Materials Association of Ontario and as Chairman of the Board at Thorneloe University. 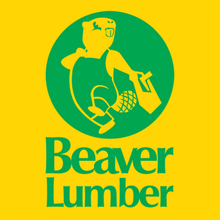 In 1996, the company celebrated its centenary. A major celebration took place and the company embarked on its second century of operation with a high level of optimism.

Subsequent to celebrating 100 years in business, the Evans family decided to sell the business to a group of long-time employees. Judi Fex became President of the company at this time.

In 1999, the new ownership group pursued a merger with the Sudbury franchise of the Beaver Lumber chain. The two stores were consolidated at the Pine St. location with the amalgamated business representing a much larger operation.

Home Hardware is a national network of over 1000 stores, ranging from small hardware stores to large warehouse-style home improvement stores. The company’s massive buying power and strong merchandising and transportation network helps to ensure low prices and a consistent supply of merchandise.

The business is owned by Judi Fex and John Carrey. Judi and John have carried on the tradition of community involvement. Judi has achieved the Paul Harris Fellowship Award from the Sudbury Rotary Club while John Carrey is past President of the Lumber and Building Materials Association of Ontario.

In 2014, the company was purchased by Dan Bachand and Peter Lavalle. The new ownership is committed to the local community and maintaining the heritage and tradition of Evans Lumber.